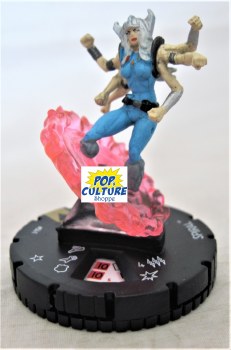 Heroclix X-Men: The Animated Series. This CUR / SR Heroclix Set by Wizkids includes a full regular set of Common, Uncommon, Rare and Super Rare figures. (LEs, Chases, Primes, and variants (if any) are not included). That's 44 regular size figures and ALL 25 COLOSSALS.