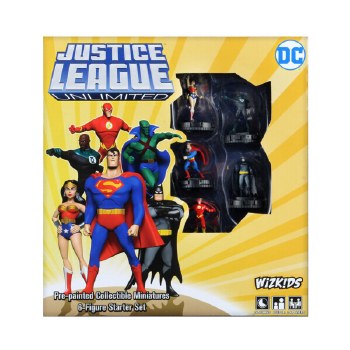 This presale item is due to release April 8.

DC Heroclix: Justice League Unlimited Starter Set Contains 6 figures. This boxed-set is a great way for 1 to 4 players to learn HeroClix! Play with the contents of this starter set or combine it with other HeroClix figures for even more fun!This starter set contains everything up to 4 people need to play HeroClix.

Recommended for ages 14 to adult.